I was actually planning on posting the picks from my trip to Israel along time ago, too bad. You know how you have a digital camera that stores 1000 pictures, (actually the memory card) and you never have them developed, well I think I have that problem. But thanks to Snapfish.com things are going easier, and I can load them onto my computer from there. And without wasting anymore letters, The pictures.

This was the turtle we found, its eating cucumber peels. I loved holding it from its shell and flying it around, like a kid with a toy airplane, then it would scratch me and I'd put it down, ahhh memories. (This was taken with a digital camera with optional [optical] zoom) 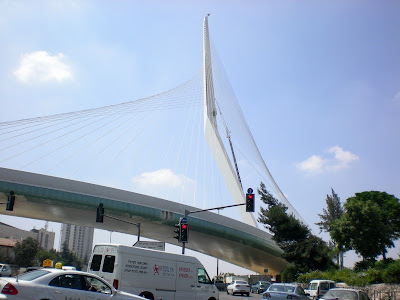 My favorite landmark, and yet most of Jerusalem thinks of it as useless, the Gesher (bridge). Oddly shaped, and meant to have the newly installed monorail run on it. I love it, and everyone else think its out of place. Here's more pictures of the Gesher, from on the bus 99, at every angle. (Taken with a digital camera, on very low battery) 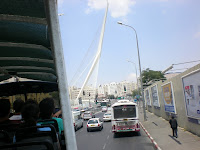 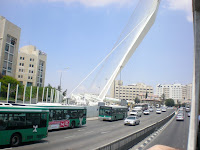 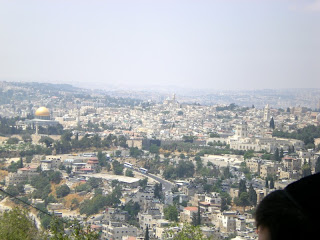 A nice picture of Jerusalem. If you can see, there is a road smack in the middle of this picture with two city buses (autobusim), that road is usually backed up for miles with city buses waiting to get into the kotel. 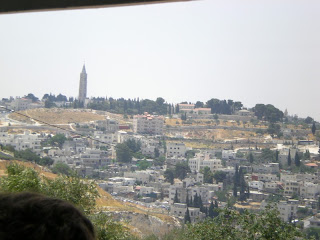 This picture is either from on mount Scopus (har hatzofim), or is a picture of mount Scopus, where that big building is (I think its a church). 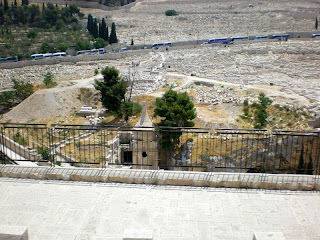 You see that little building through the gates, I believe that is called the hand of avshalom. The story goes that Avshalom, the son of king David, made this little thing with a hand on it, for what reasons I don't know. In the back of this picture is Har hazeisim (mount of olives). 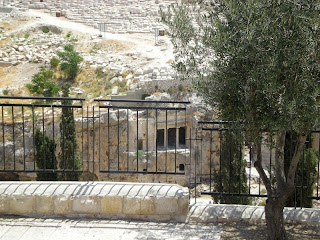 See that little cave in there, it has something to do with the prophet Daniel. Did he hide the tzadikim in there? 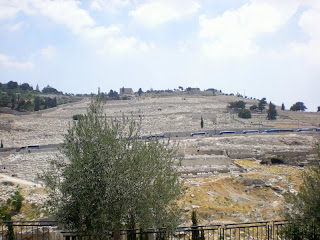 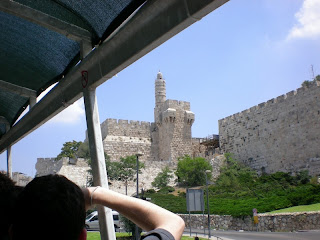 You must know what this is, there are so many picture of this and so many puzzles with this in it, it Migdal David. I was actually debating if I need a picture of this, camera was on low battery, in the end I did as you can see. 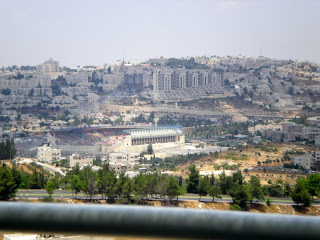 In the lower half of this picture is a soccer stadium, Beitar v'Yerushalaim (team name) play there. 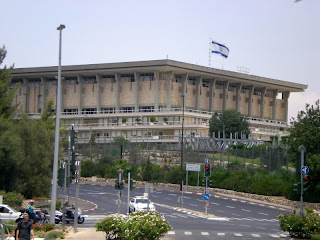 And this is the crazy house itself, The Knesset. 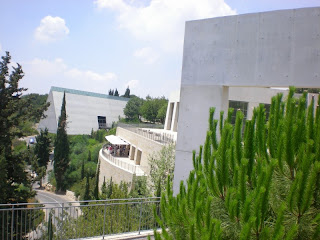 This is the holocaust memorial center, also known as Yad V'shem. I could have gotten a better picture, but too bad. 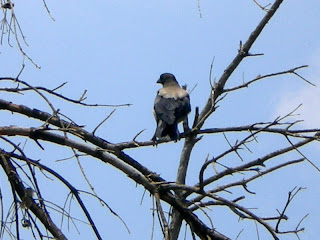 This one of the rarest birds around, and I cant believe I actually got a shot of it standing still, I think I did a great job with just a digital camera. Okay I was kidding there, I think its a stupid, but very well taken, picture of a bird by my brother.

Thought of by Mikeinmidwood at 10:46 PM

What kind of bird is it?

A pigeon I think.

Is that a rat bird?

It's the original classification for pigeons. It was later rejected for being unfair to rats.

love that first picture of jerusalem

I like it too. I had more pictures of jerusalem but this was the best.